For sale as NFT on objkt.com

Trinity is a thread of work around a personal variation on the known three body problem, of existential nature.

The 19th century three body mathematical problem adresses the movements of three bodies, like stars in the cosmos, only moved by gravitational attraction to each other. It is a very complex mathematical problem, of chaotic nature: even though it is completely deterministic with very simple equations, it is rapidly unpredictable and high dependent on initial conditions.

In my variation, I send a particle in a three body system where the three large bodies are fixed but the particle is attracted by pure gravitation by each of the three bodies. It is of similar complexity as the classical three body problem: the path of the particule is highly unpredictable and very sensitive to initial conditions. So we follow the fate of a particule that is immersed in a fully deterministic universe, does not take any decision, and just lets go to the external forces. Stabilities appear, recurrent paths are followed over and over, and then, more or less dramatically, variations appear, sometimes abruptly, an accident, when the particle passes really close to a large body, and the stabilities change, and sometimes send the particle far away. If the space was large enough, it would come back, attracted by the bodies, and find new stabilities. For these artworks, I stop the algorithm when the particle leaves the given scene, with a sense of rupture, which it is.

For each artwork of the TrinityStill collection, the large bodies are invisible and are placed randomly at startup, and the particule is sent starting from the center of the space, with a random direction. The algorithm follows the particule until it leaves the space and records its track. The resulting artwork is the still image of the track of the particle from its inception to its exit. Each artwork takes between 30 seconds to one hour to make, since the time slicing is very high for maximum accuracy of the simulation. I then select the images that I prefer, the ones that display an existential nature, strong stabilities and then, accident.

I find these images quite fascinating and existential as we as humans are also immersed in a very deterministic world: stabilities appear in our lives, paths are regularly taken, and then suddenly events appear which radically change our stabilities. With the three body problem, we can see that these events are deterministic, they had to appear given the laws of gravitation, they are destiny. And if we push very far we can wonder what is the relationship between our free will and this determinism : it is included in it, or is it outside ?

The TrinityStill are biographies of existential particles in a complex universe. 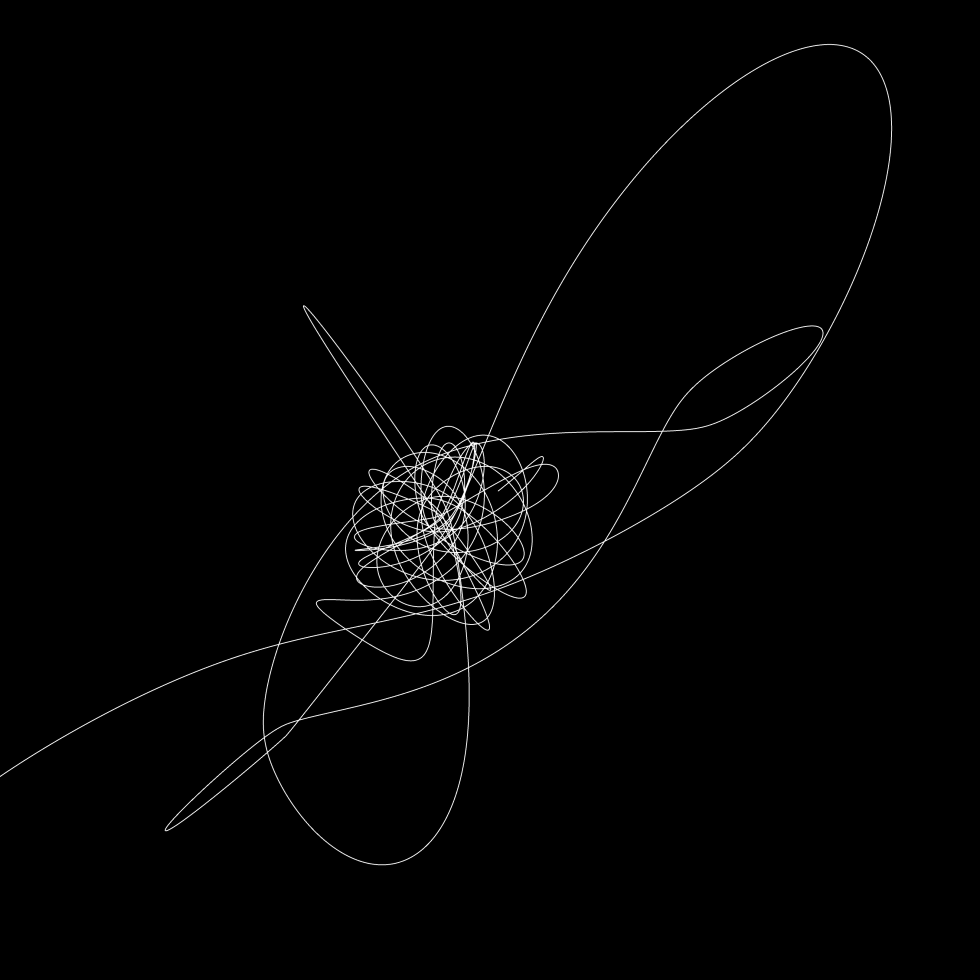 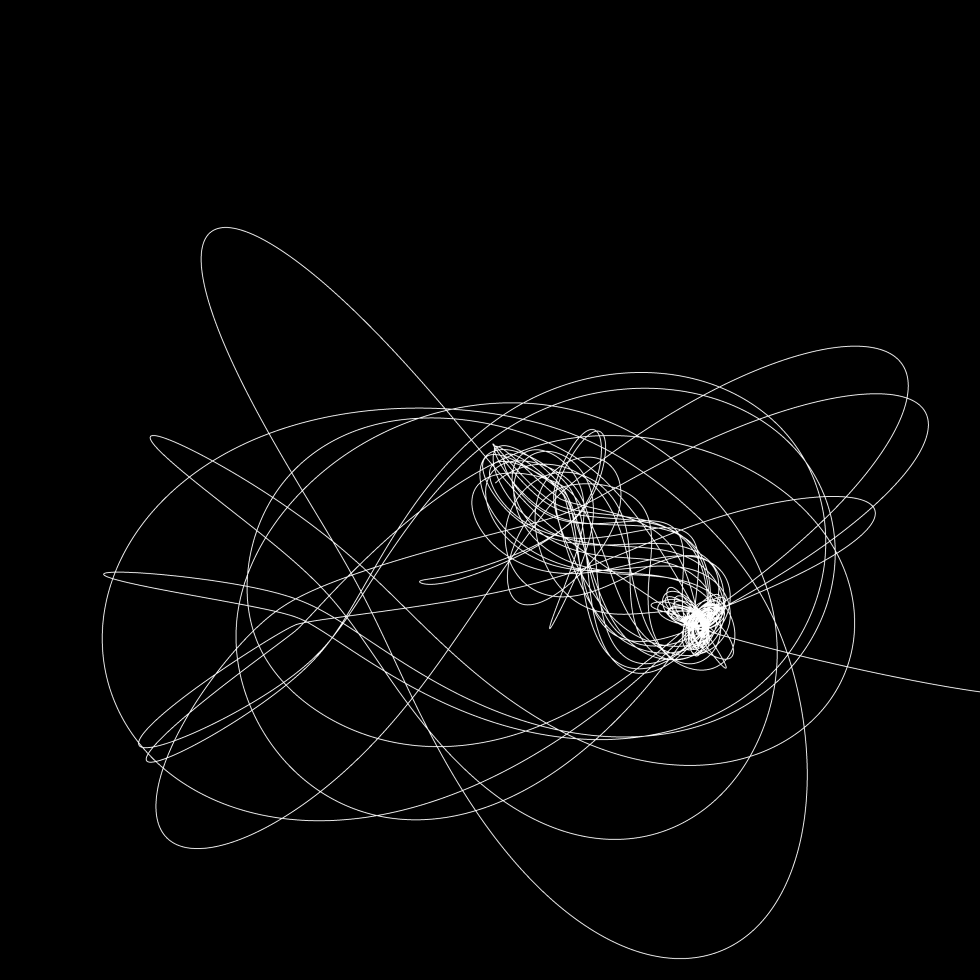 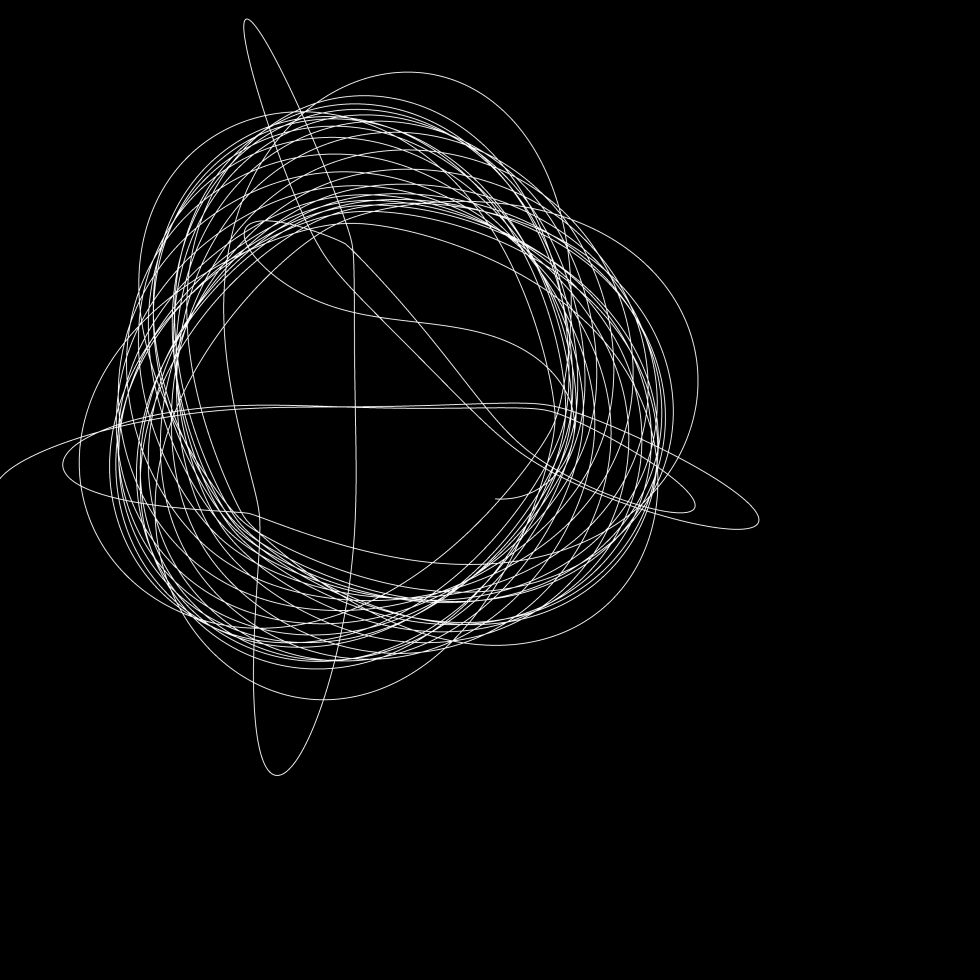 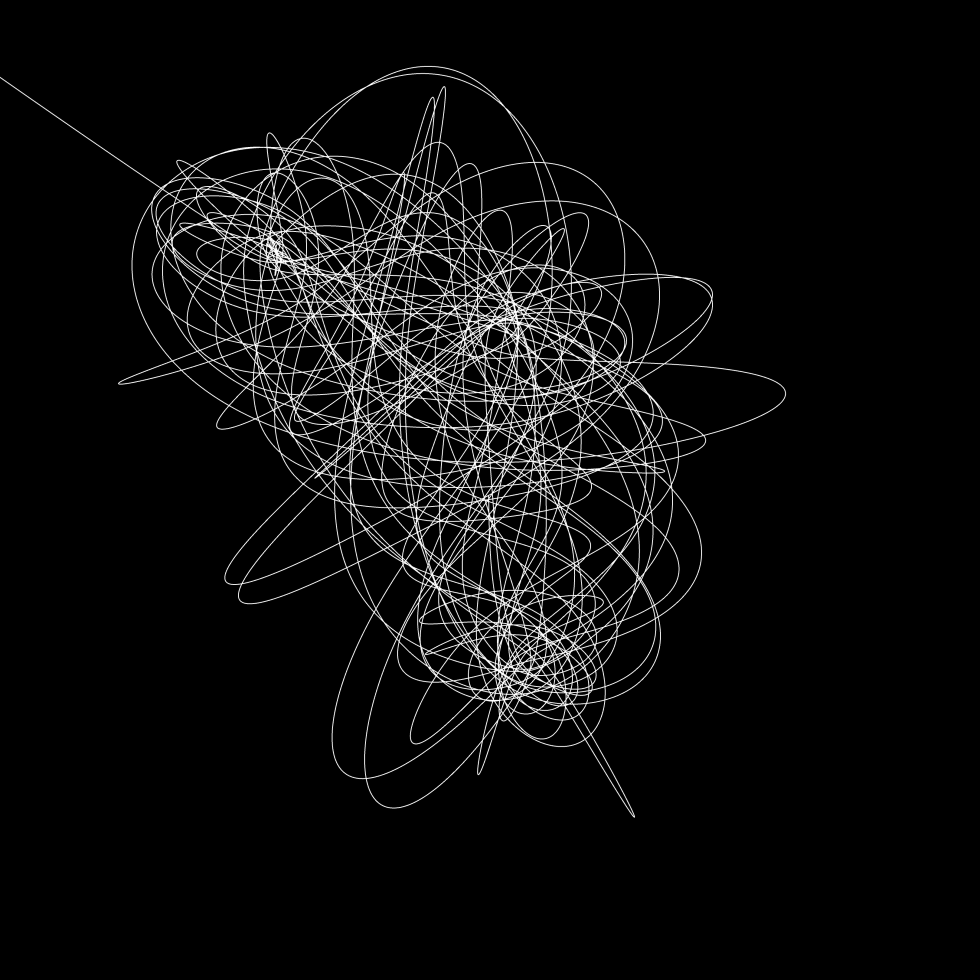 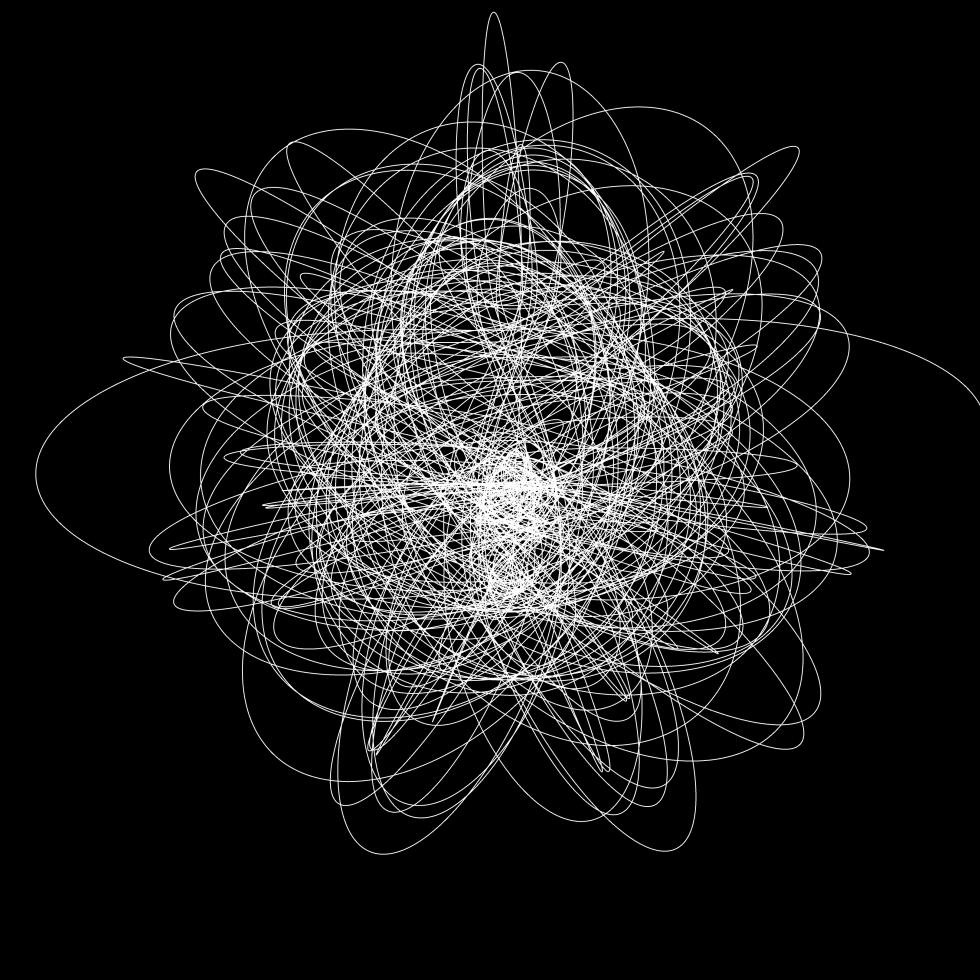 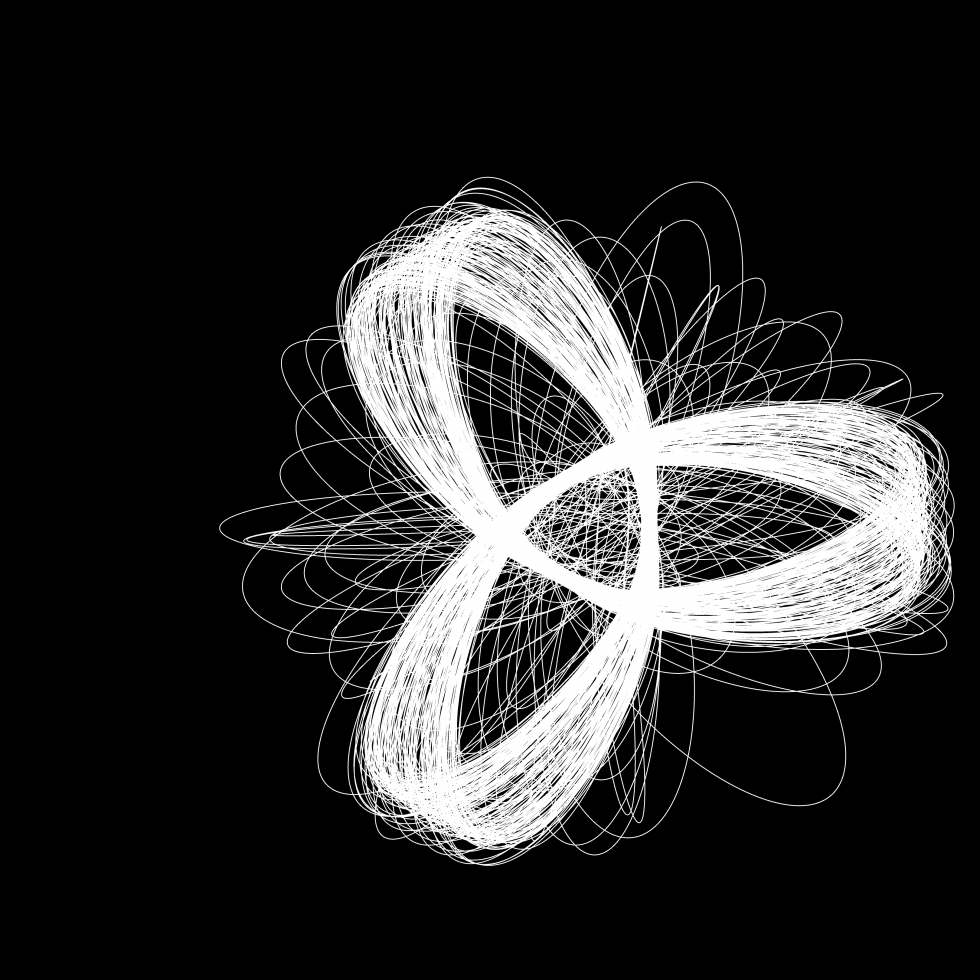 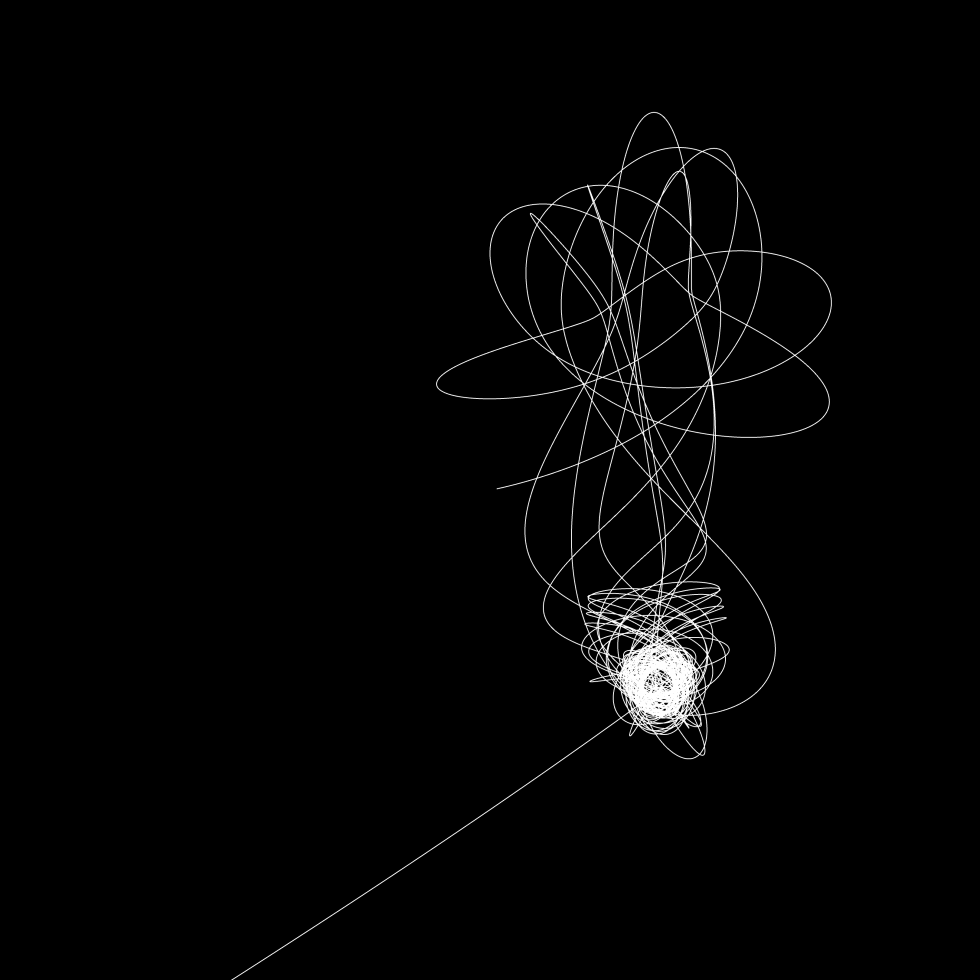 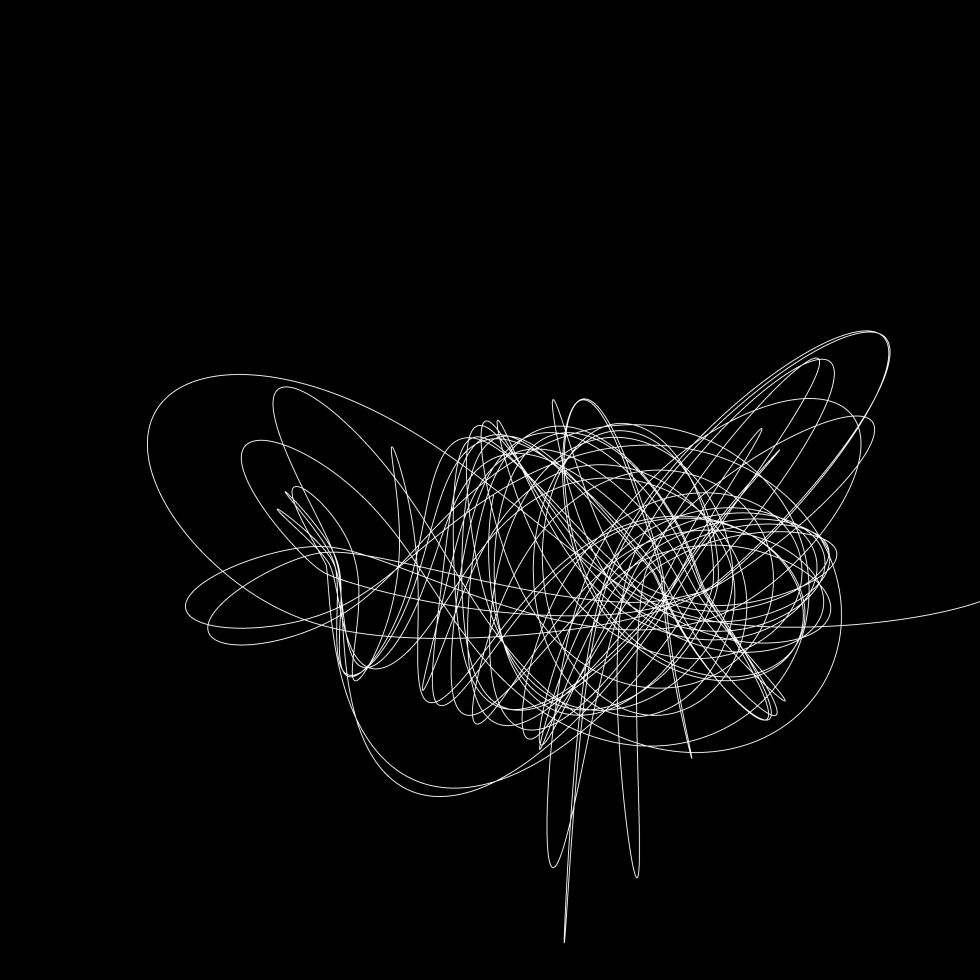