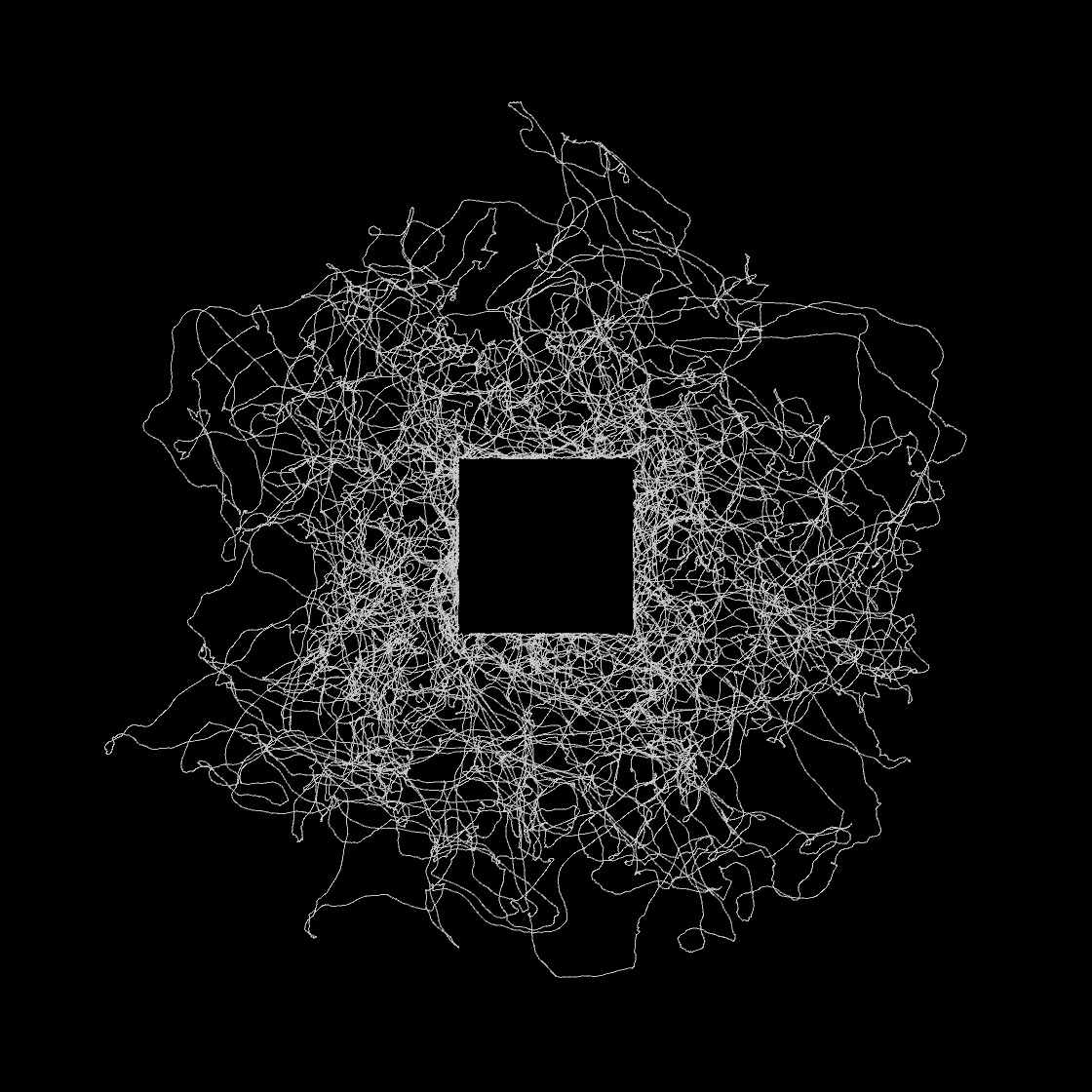 On sale on TEIA

Carré Noir XTZ is a series of generative drawings which explore the traditional tension between chaos and order, focalized here on the human mind, and especially on the tension between free will and the Superego (Ûber-Ich), the internalization of all the social, moral and cultural rules. A fundamental tension, at the origin of numerous knots of the human psyché. Of course, it is also a reference to the figure of the square, so beloved by Vera Molnar, Manfred Mohr, Frieder Nake and all the other early electronic artists, in addition to being the central figure of my strongest influence, Malevitch, and my main figure too, with the pixel.

Each artwork of the Carré Noir XTZ series is unique, each one being generated by an algorithm using randomness at its core. Specifically, the algorithm of these series is based on the opposition between deep randomness and a strong rule : it draws a line on the screen at random, all the while being both attracted by and forbidden to enter a square zone at the center of the drawing. As the line is white and the background is black and that the square zone is forbidden, a black square emerges from this opposition between freedom and constraint, thus the name Carré Noir, which means black square in french. Because of the inner randomness, each launch of the algorithm produces a unique drawing. Furthermore, each launch of the algorithm uses different constants, randomly chosen within limits, directing the dynamics of the drawing and the size of the forbidden zone, leading to drawings with a different spirit each.

The Carré Noir XTZ series is a file-based declination of the Carré Noir and Carré Blanc paper plotter drawings series which I have been doing since 2015 and which drawings are also unique, as they use the same drawing rules and are directly plotted on paper and manually signed. The Carré Noir XTZ drawing exist only as files and are signed as NFTs.

I personally watch the drawing taking place, which takes between 5 and 30 minutes, and I stop it when I decide that its identity has emerged. This is my unique action during the generation process. It is unique, but decisive. There is no going back because there is no possibility to restart the same drawing. The drawing is then saved as a png file to be made available online. The artwork’s names contains the date and the values of the constants, making each artwork and artwork name unique.

These drawings are made available online as NFT for sale on TEIA, which sells its NFTs in the Tezos cryptocurrency.