A live video feed transmits us images of the real world. A disc is cut inside the video image and the image inside this disc is rotated of a certain angle. This disc slowly rotates on itself, at the rate of one rotation per hour. The video continues to run inside this disc, as well as in the background. At each straight hour, the disc comes back to its original position and the video image becomes direct again, for a very short moment.

Do Disc creates a scene within a scene, by the means of an action on the image itself treated as an image. It introduces an additional layer of representation/perception between us and the real action. Thus, as in the Opening Night movie of John Casavetes, as with the dots of color of John Baldessari, the background image earns an additional level of reality. The video flux gains the status of reality. And the real reality then jumps in our face. That is the one that we see then, with acuity. 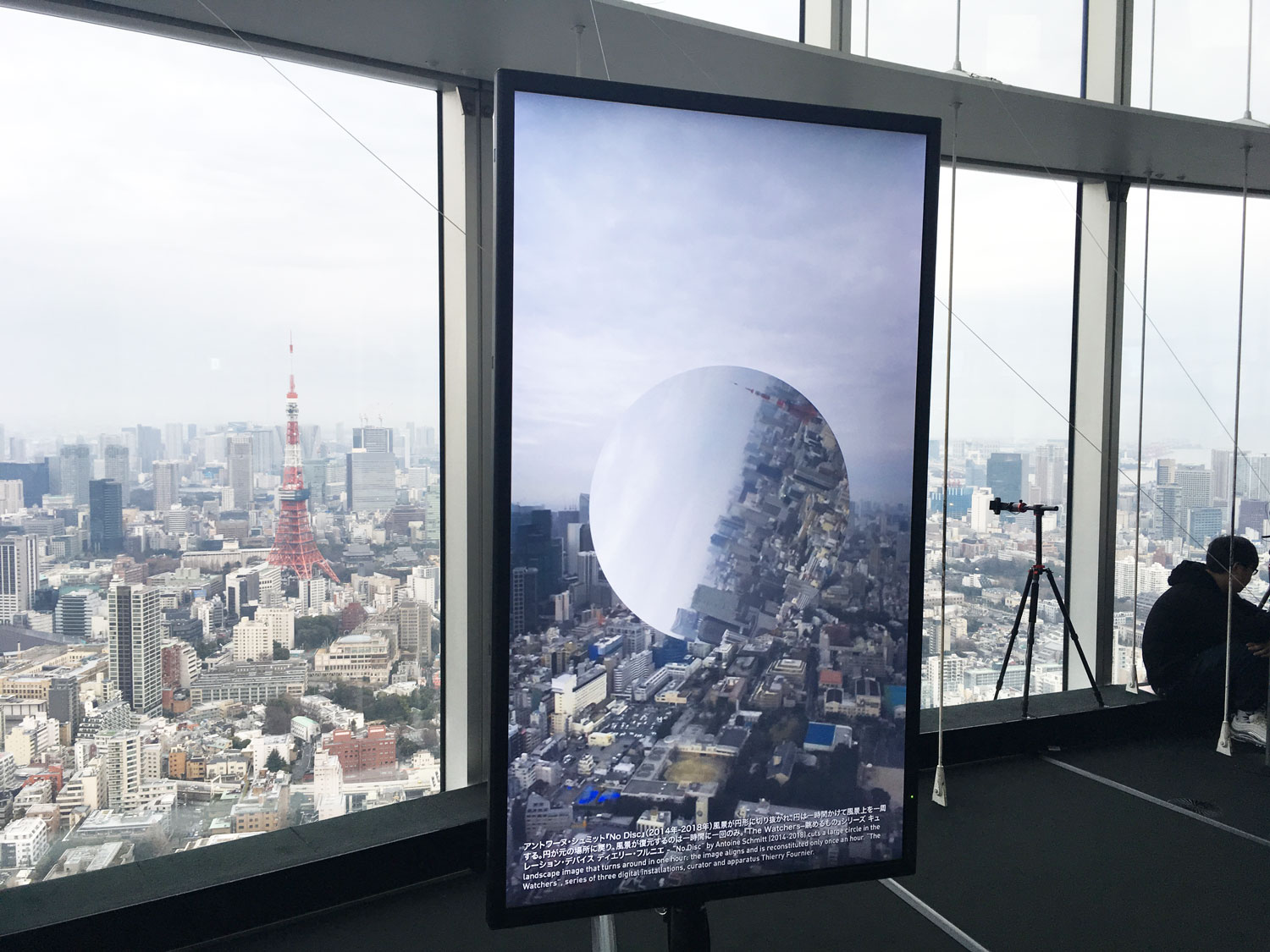