The total work of art, when pushed to its paroxysm of absolute coincidence of the perceptions of a captive spectator, is similar to the techniques of mental manipulation of totalitarian regimes, proceeding by annihilation of the critical mind, repetitive semantic pounding, subliminal messages. ATOTAL is an audiovisual show aiming to reconstruct in order to better deconstruct the processes of imposition of will by repetition and absolute synchronism, to propose a breach to a potentially life-saving decoincidence.

The ideal of a deterministic universe of Newton in which everything rationally stems from its causes, in which everything is predictable like a totality for Laplace’s daemon, where everything can be considered already written, has been undermined in the infinitely small of the uncertainties of Heisenberg which tell us that it is impossible to know everything about a particle, in the quantum mechanics of Schrödinger which reveals to us that the looker affects the looked-at, and in the infinitely abstract of Gödel’s incompleteness which explains to us that certain things are literally unexplainable. The show ATOTAL slips into these flaws and, like a clinamen of Lucretia, deviates the visual and audio atoms from their destiny. 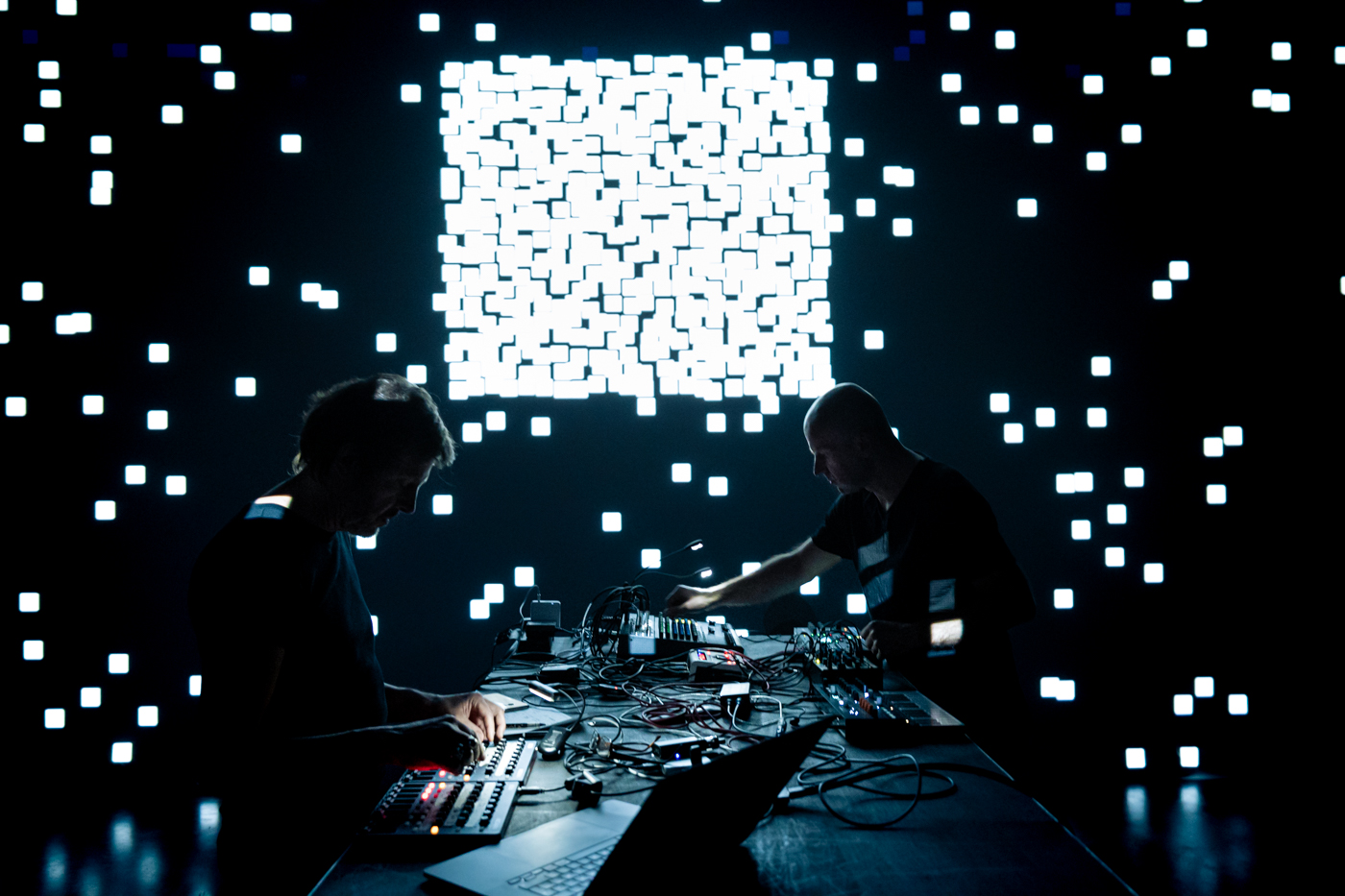